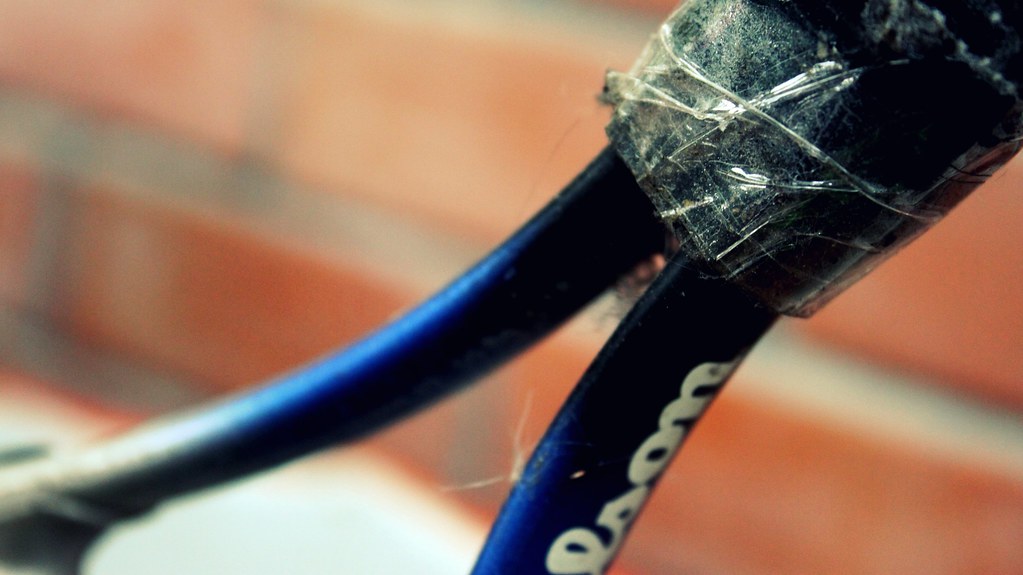 I’m not a violent person, but if I could go back in time and sucker punch the lady in the Nike tracksuit, I would. I remember the way she shaded her face as her teeth came down on her gum over and over. She smelled of tanning lotion and sandalwood, sort of like a walking vacation in the Florida Keys.

“What is it with this guy?” she’d said to her husband as she gestured at Dad. “It’s like I’m talking to a post.”

She didn’t say it in slow-motion, but she might as well have. I heard those words on a loop for days.

Maybe it was our fault for showing up to the tennis court that Saturday afternoon with our dented Target rackets in tow. We didn’t know how to play, but it was fun to knock tennis balls around until somebody hit one over the fence and we had to plunge into the bushes on the other side to retrieve it.

Maybe she and her husband were drawn in by the sound of children laughing. “We can shut them down,” she probably sneered as they approached the court. “Those damn kids.”

Dad had been going deaf since he turned 30 thanks to a hereditary hearing condition I could never remember the name of. I never even worried I might have it until years later, because all I could think about was whether Dad would ever hear my kids’ voices.

I’ve often wondered if it would be easier to just wake up one morning without the ability to hear rather than slowly losing pieces over time. “Oh, there goes the sound of the blue jays in the backyard.” “Whoops, there goes that harmony arrangement in ‘Sloop John B.'”

I’ve wondered, but I’ve never asked. He manages. He’s a master lip reader, better at predicting somebody’s next sentence than autocorrect. His mind is sharp. He plays the drums on the steering wheel from memory when The Who comes on the radio.

She didn’t know any of that when she said it. “It’s like talking to a post.” It wasn’t the first or last time somebody assumed Dad was stupid, but it stuck with me – probably because of the contempt with which she said it. Maybe it was the word choice: post. Why that word, so lacking in power? Couldn’t she have said ‘wall?’ At least a wall is some semblance of a barrier. A post is nothing, a breath dissipating in the cold. Post. It disappears the second you say it.

Then again, twenty years have gone by and I’m still hearing it. I wonder if Dad can hear it, too.

Elle Hurley received her BA in Literature from Oregon State University. She lives in the Pacific Northwest with her partner and believes that the combination of cat nuzzles and Freddie Mercury’s voice can cure almost any ailment.