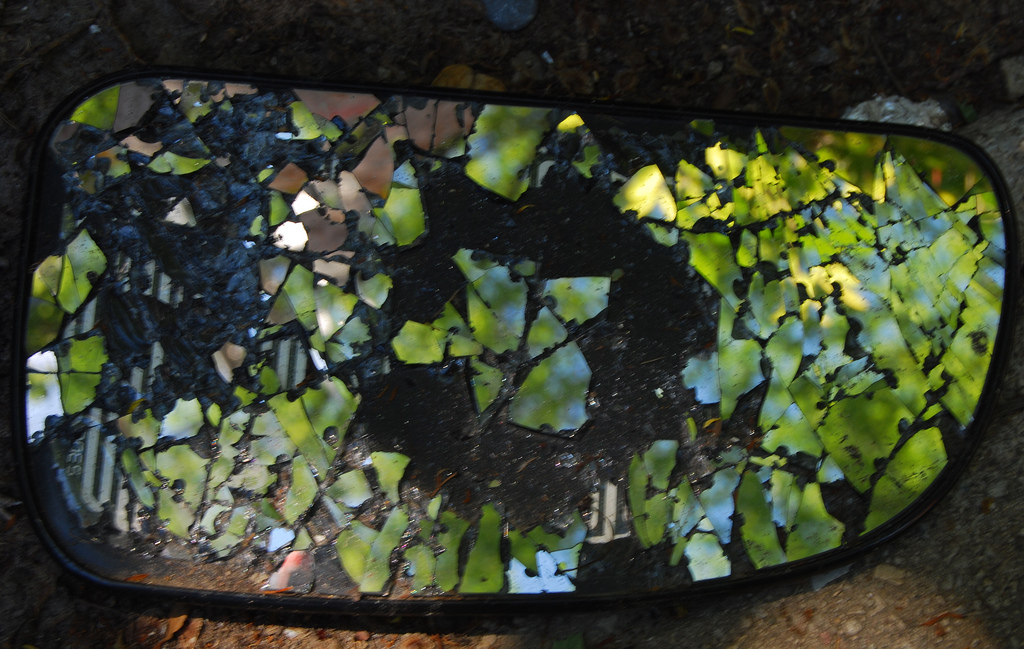 They could have been driving down any street in America. The only things reminding her that she’d reached Los Angeles were the palm trees—just the occasional palm, squat and brown, barely rising above the single story houses.

Junior hadn’t been driving for long, yet his vision blurred at the edges. He felt like vomiting. His knuckles blanched around the steering wheel. As the wind chilled him, he took deep breaths to control his body’s shuddering.

The morning shrouded them in fog, leaving the old Cadillac spotted in droplets of dew. And his arm, draped over the car door, was covered in goosebumps. He winced. All he saw around him were strip malls—the familiar chain stores, the tired logos, the odd restaurant. Street lights, traffic lights, street signs, traffic signs. He was having trouble distinguishing between them all.

“Why are we going to Redondo Beach?” he asked.

“Because it’s our anniversary. And you’re going to do everything I tell you,” Gillian answered.

She’d made him drive with the top down. Her dark hair whipped in every direction, wrapping around her face, then flowing behind her. She joked about looking like a movie star in her butterfly sunglasses, and waving to her adoring fans. But Junior didn’t laugh. There were no pedestrians besides the homeless and people waiting at bus stops.

She swore she knew the way to the beach; the wind blowing inland, the smell of saltwater, the darkening clouds over the ocean. She pointed towards Pearl Street and told him to take a left. Not noticing the red light, the Cadillac turned in a wide arc. The other cars honked in a discordant symphony. Junior stomped on the gas at the sight of an oncoming Prius, clipping off his side view mirror, which clattered onto the asphalt.

At a parking lot, a toll booth attendant pointed to a sign listing the price per hour. Junior, eyes averted, held out a handful of crumpled bills. The attendant, who now looked up, widened her eyes at the hand, pale and trembling.

Then Gillian spotted the hazy blue line of the Pacific.

She pressed the barrel farther into his abdomen. “What’s the matter? Aren’t you going to try something?”

“I thought about it—turning the car around, or ramming into a truck, or jumping out—but why bother?”

“Why not just grab the gun?”

“Because I love you. Also, yours was the prettiest car waiting at the light.”