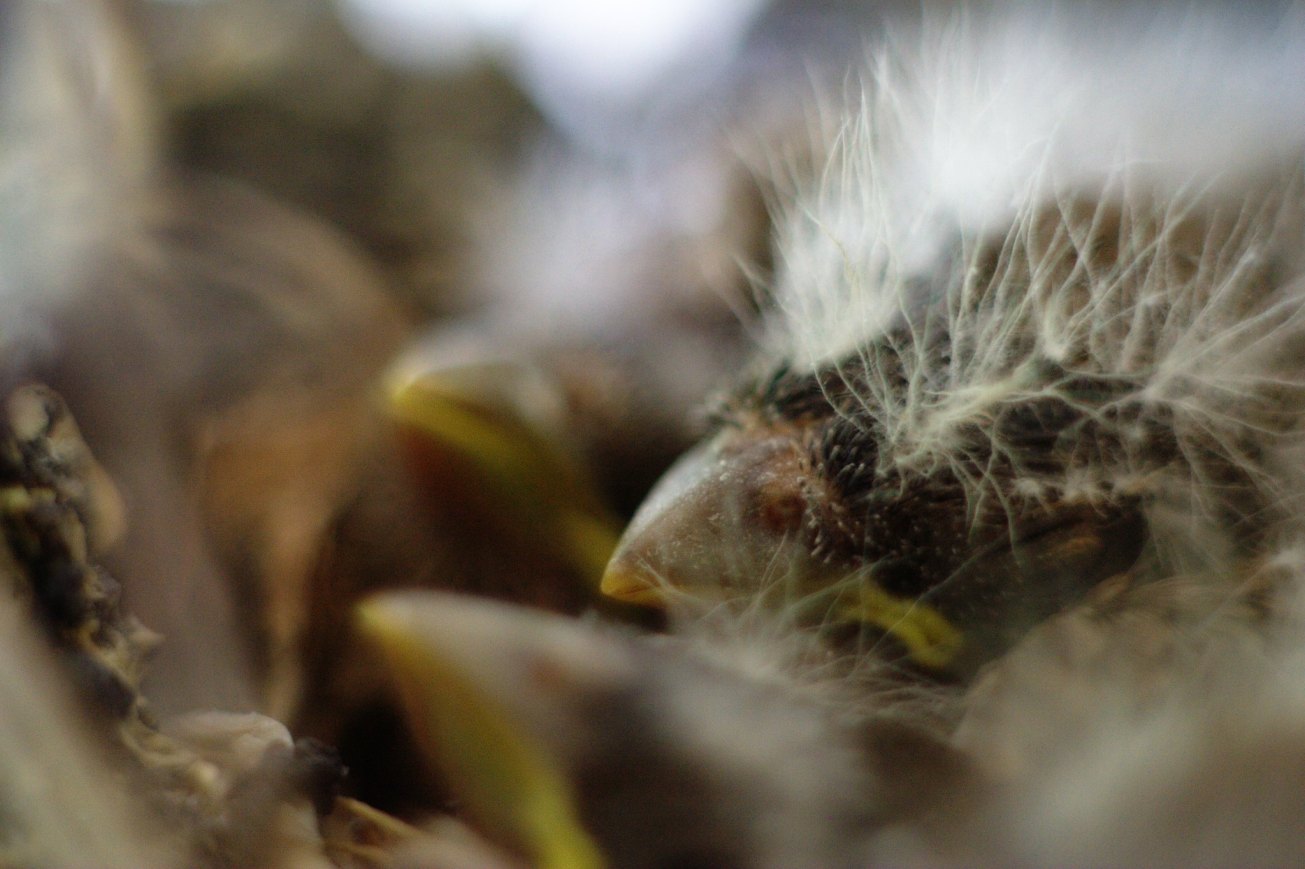 I took early maternity leave and spent the last month of my pregnancy wrapped in blankets on my bed, alert and blinking. I suppose I missed some signs. When he came, he was an egg that slipped forth without edges, like driving too quickly over steep hills. He was born en caul. The midwife called it a veiled birth. Newborn, yet there had already been so many layers to his existence, and she broke the sac, removing him from yet another safe, warm place. When I held him close, I whispered, I’m so sorry.

I didn’t think it was unusual that my baby would have pink skin, that it would look almost translucent, that I would be able to trace the tiny blue veins branching over his entire body. And though it was days before he opened his eyes, I knew they were there, dark beneath milky lids. I knew they would open when he was ready, and they did. Soft as down, he joined me in my nest of blankets and food went into me first, before going into him. I don’t think I ever actually said it aloud: bird.

With fragile bones and proud of each new feather, he grew up always perched on the edge of something new, and though my thoughts never failed to scream in protest, instinct compelled me to push. I don’t know who I have to thank, but he always flew, every time. It may have been my sighs of relief that kept him aloft, my spirit in the currents of air that followed him wherever he went; my body, back in the tree, tried to reconcile the fact that I had yet again sent my naked heart into the world, on someone else’s wings.

His absences became longer and longer, until he was away more than he was with me, and I didn’t notice in time to mourn the shift. Collecting sticks and memories and tidbits from the ground, scratching around for something stabilizing, and tucking them into place just-so, I wonder, when did this happen? When did I become jealous of the sky, for the privilege of holding him? When did his vulnerability become the heartbeat of his beauty rather than the thing that keeps me up at night? I sing a song I hope he would remember. I tilt my head and listen for his call.

Nadia Staikos (she/her) lives in Toronto with her two children. Her work has previously appeared in perhappened, Montréal Writes, Fudoki, and elsewhere, and has been nominated for a Pushcart Prize. She is currently working on her first novel and tweets @NadiaStaikos. Read more: linktr.ee/nadiastaikos