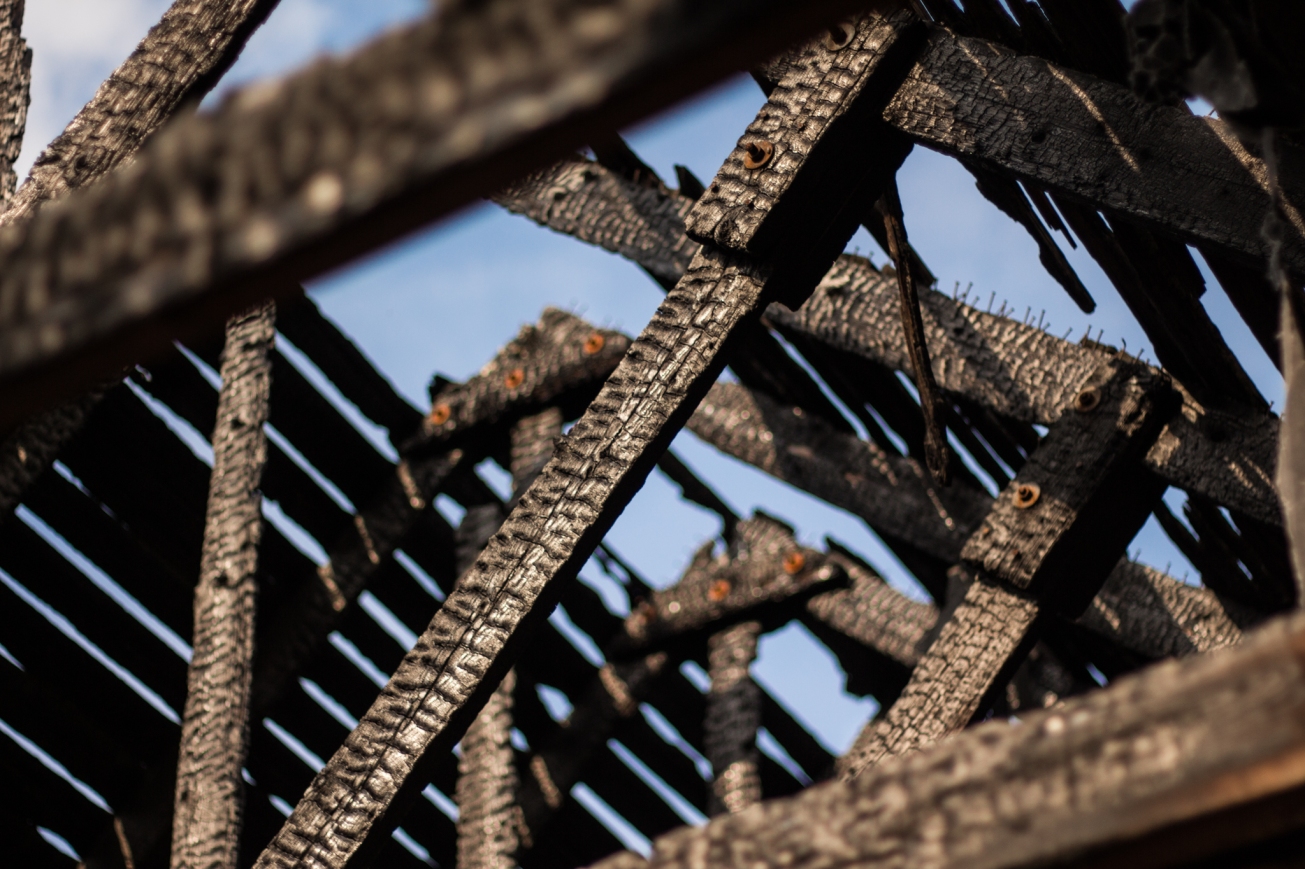 Though in her defense K really did fear that Paint. I saw it take shape like that myself more than once, say when she’d step inside the barn to ask me something strange—say strange like: Art, suppose that’s throwable clay making up the red shores of the riverbed? Or say strange like: Art, where in town can I find more’a that firm foam board we keep inside the walls for warmth in winter?—and then all the moisture in the air might just burn off all around her.

Listen: A truth you learn out here is fear makes heat. So there’s times I thought maybe I’d even felt it happen to her, like maybe I’d felt the way K had all the air in that barn burning and folding in around herself anytime she’d step inside and fear that Paint. Suppose a horse might sense that. Suppose even a well-broke horse might sense when all that wet country air is folding in and burning off around a person soon as they enter a room. Now I’m no horse. Suppose there’s some truth to how K’s Ma had me broke to harness, kept me broke anew and compassed with each of the first white flowers of spring. But that’s just good marriage, friend—that’s just good sense. Which is to say, if I were made to guess? I might say that Paint’d come to fear K for it. Like come to fear for what was capable in those thin moments of air which widened anytime some young woman might come around asking more strange questions. Questions like candles displacing deep water—questions like white crests of heat.

Sure as hell I know that’s what happened in me.

K sculpting in spring dresses. Water steaming off coals of fire, like off of rock. K firing bowls and hands and flowers in the barn where-in I rigged her kiln in the basement, just below the feed room where-under I’d run hundred-foot-yellow-wire through stone and wood and hay for her—and still: Never once did I see K meet eyes with that Paint. At first it was my offering, say like when I first came around and was putting in new windows for the Renovation, how for a moment there I thought K might take to me, or at least to the Paint. I thought maybe I’d catch her whispering little mysteries to it in the morning. Like when she’d take some time away from her throwing wheel to help me measure glass, say, or like when—as a break from the work—we’d lay in the green and unwrap clementines together for the good father-daughter bonding. K’s hands always so red with earth. We’d chew on the fruit slowly, too, slowly through the evening so she could tell me her story correct. Like little tales gone neglected in what by then had become a pit of a year for marriage between me’n her Ma, that first year of Renovation, and by dusk the tree frogs would cry along with her is how I remember it.

And even then, friend—we were left in masculine wonder. Those punishing full moons with K and her Ma, like coals might be kindled by that watery light. K’s dresses streaked so red with those handprints of earth. I guess what I mean is, she never would say it explicit. So the Paint and I were left alone t’wait it all out in that barn, anticipating full moons as if for rain, for never could I know a woman’s fears any better’n I could a horse’s. Instead, friend, perhaps you’ll allow me this: How long might we live apart before we learn’t express ourselves correct? Before we return to our earth as it was? To the first white blossoms of the garden, friend, to our cohesion? See, I’ve seen mystery in my years, and as an ex-stepdad of the working-man’s persuasion, suppose I no longer know how to speak to’m straight. Not that I ever could. What I could speak to, though, was what I believed in—and what I believe is in fire as the working hand of God. Blame his calloused fingers. Perhaps you think yourself a man might notice when his barn is burning in the night. A kind of man who’s to wake with an aching part in his temple when the vengeful hand of God is working at your van, or at the red pinto coat of your Paint, or at all that lumber and hay and rope you’ve worked at for collecting all your life. But friend—and I promise you this: Nothing builds from burning quite as true as the open hand of God. There are mornings a man must suffer. Mornings a man must be suffered awake to a smoldering patch of black where his barn once rose in the window in the spring in the morning, or to suffer the terror of his van’s axel warped into wicked nightmare shapes, and maybe you kick at some familiar blackened metal bits, but when there’s nothing left of your beloved saintly Paint but heat and black and ash—and not a bone to bury—and back inside the farmhouse you find all the rooms are emptied out, and the windows boarded up, and when all this falls upon your head like a wide breaking-in of water, and finally you’ve come to reckon with the fact that it was in your anticipating all these fears, these wants, these moons and all this liquid heat that you’d lost what the point of it all was anyway—as if to ask a friend: What season is it? Because you haven’t thought to prepare for winter, even, and now you’re tasked to wonder with what tools—with what substance, friend, or toward what hope, what God is a man to turn to in times like these?

Times void of all remaining light?

Dylan A. Smith is an emerging writer with work in Maudlin House and Complete Sentence and Vol. 1 Brooklyn and sometimes helps to curate fiction workshops with a Brooklyn-based project called Think Olio.