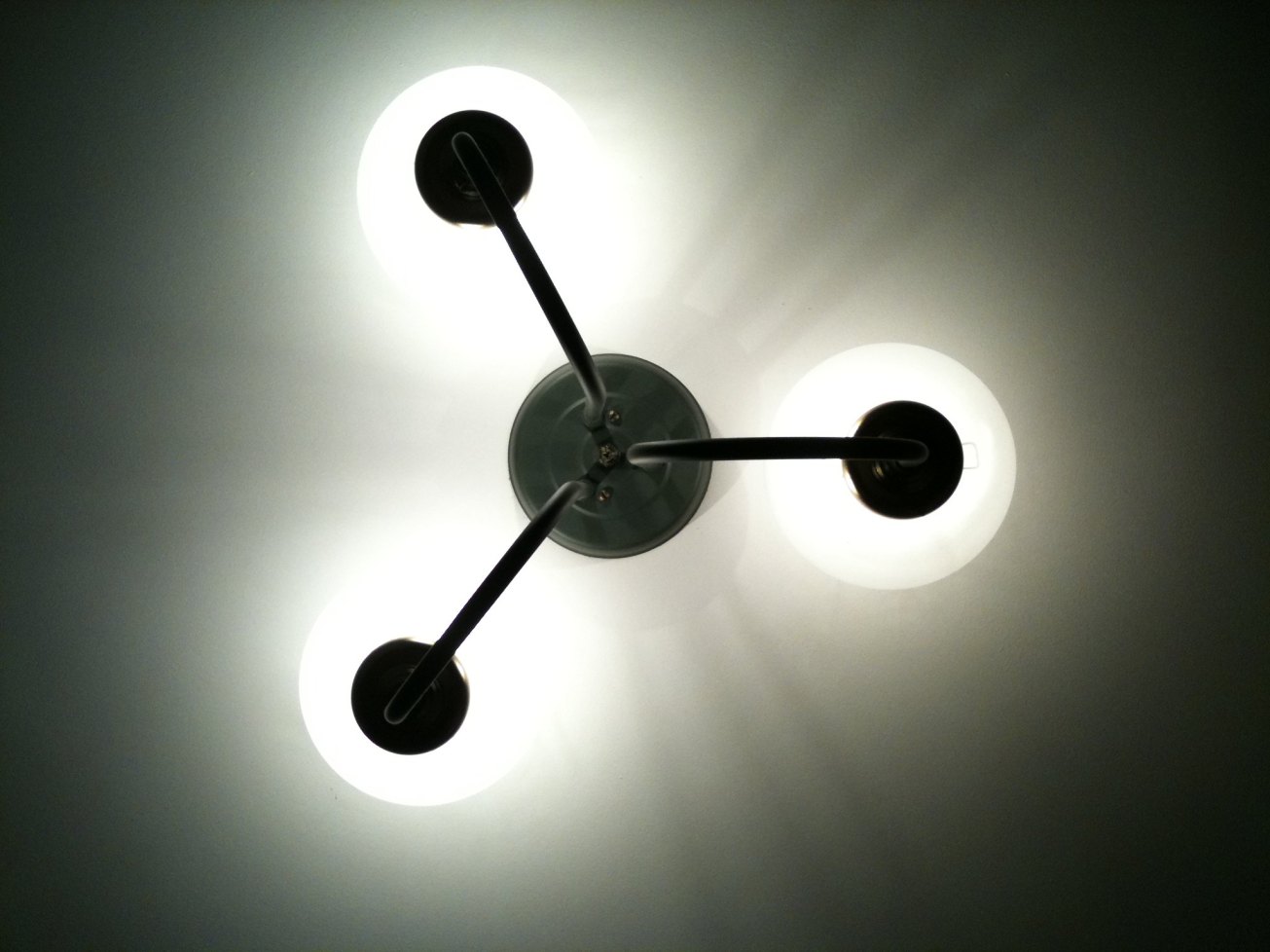 In the new apartment, the couple patches a hole in the drop ceiling, waiting for the noises to start again. Patch may be too strong a word for the frantic application of duct tape, the shingling together of the tiles, but they can hear the scratching, the clawing, the awful weight of the thing dragging itself over the ceiling.

Later, they will laugh. They will tell their friends, will say we checked online, it was probably some pest, something small. She will pantomime him dropping the duct tape but will not mention how she screamed at him to pick it back up, to hurry, damnit, hurry. Will not mention the trembling of her voice—of his hands.

In the retelling, he will pause at the exact same place to give the backstory:

Now the reason, he says, we were so scared: the man who lived here before swore there was ‘something’ in the ceiling. Then we moved in and there were crosses nailed above every doorway, and all the mirrors were turned around. Like, what the hell does that mean?

The dinner guests will laugh, will not notice the hurried glances upward.

They will flinch at the clinking of glasses, remembering the sound of nails on the lighting fixtures above. The furious scratching and scampering above the kitchen, then the living room, then back. They will remember the moment they locked eyes, each one asking what the fuck? what the fuck? Repeating, but never daring to finish the question—to ask what it is.

She will tell their guests about their other apartments, the plagues they have endured:

Stinkbugs and flies in Monroe, mice when we lived above the bakery, and in Springfield we had crickets (she always brings up the crickets, he will interrupt through Chianti-purpled lips) and the chirping, the godda—she will stammer, will find her place, and continue as both of their eyes flit toward the ceiling. Neither are religious, but the invocation, the cutting off of the curse, is itself a small talisman against the unknown.

One day, all these things will happen. They will settle in, have friends over for wine and cheese, introduce them to the cat they have adopted to staunch their quiet hours.

They will wake alone in the night. She will put on his bathrobe and stand below the duct-taped hole in the ceiling, will stand for what feels like hours, the contours of the room taking on frightful clarity in the dark. Hours after she comes to bed, he will rise and pour a drink to steady his hands, will search for and cradle the cat. They will not tell each other of this, will never admit to checking every corner and crevice, to pressing their ears against the walls and praying for silence.

Carleton Whaley would kill to have fresh star fruit again. He is an incoming MFA candidate at Goddard College, and his work has appeared or is forthcoming in Maudlin House, Paper Darts, Trampset, and more.

One thought on “It Was Probably Nothing by Carleton Whaley”