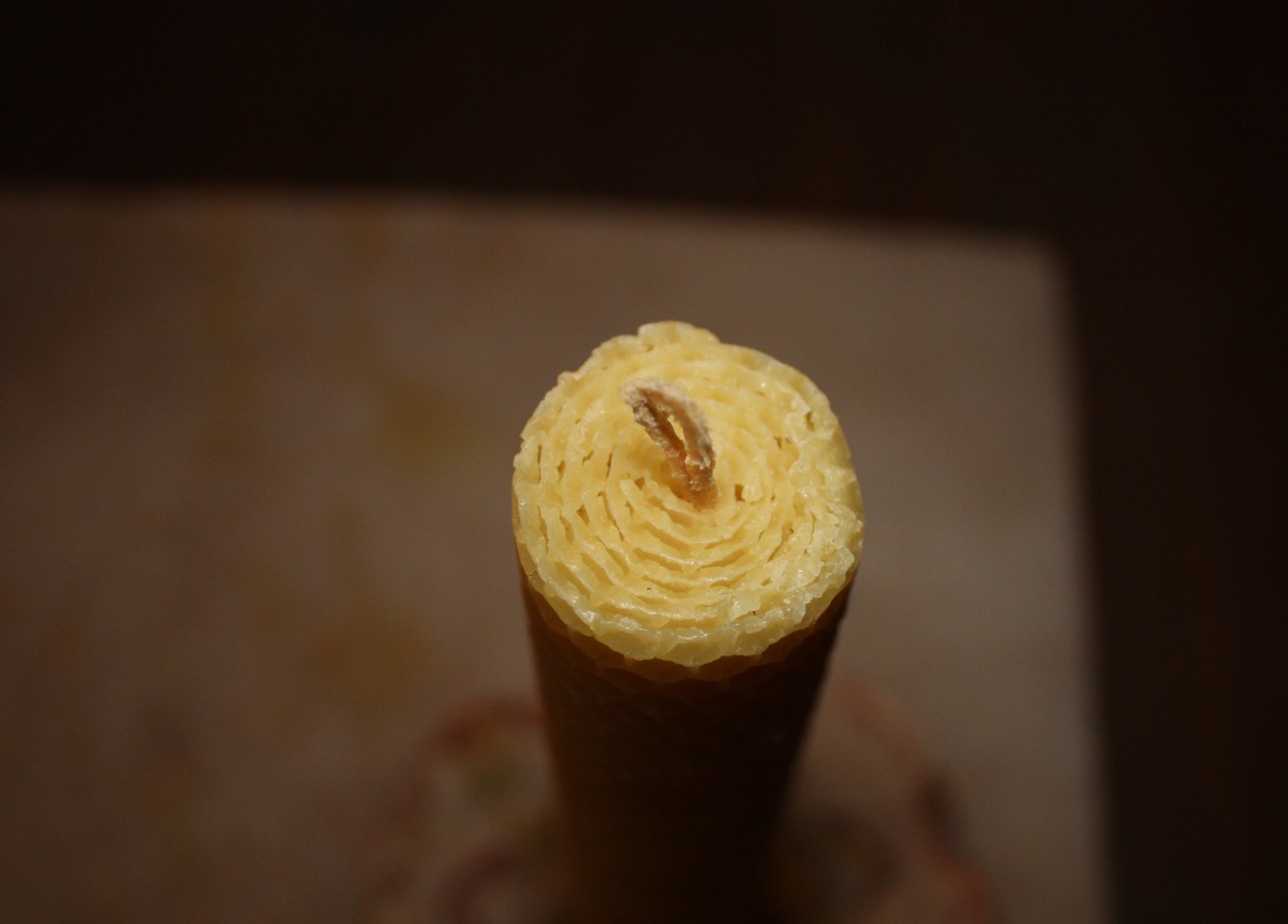 Collin had eaten candles nearly all of his life. He could remember his mother and father encouraging him to lick chocolate frosting off a candle from his sixth birthday cake, bite into it, and peel the wax from the wick like flesh from a bone. Sixty-four years to the day later, he hasn’t stopped eating candles since that first bite.

Throughout Collin’s childhood and adolescence, the only candles his father allowed in the house were yellow tallow candles. The year Collin turned sixteen, his father died of a heart attack. At the funeral, Collin asked Monsignor Troyer if he could have the pristine white candles that flanked his father’s casket, and that night he mourned his father as he feasted on them alone in his room.

Feeling both lost and liberated, Collin spent the next several years experimenting with candles the way most other young adults experiment with drugs, dabbling in votives, organic soy candles, long tapers meant to enhance romance, and even scented candles that never tasted like the scent they were named for.

The year Collin turned 21, he inherited the family farm when his mother died in a fire that trapped her in the barn as it burned to ground. After interring her remains in the family plot, Collin proclaimed, “I am all that’s left now. The time has come to stop experimenting and settle down.”

The next day while cleaning out his mother’s closet, Collin found a shoe box full of Amish beeswax candles, some with small crescents nibbled out of them. He picked out a bee-shaped candle and took a bite out of one of its wings. The honey-sweet grassy notes that filled his mouth titillated his taste buds, and the smooth, almost creamy texture of the wax coated his teeth wonderfully. From that day on, Amish beeswax candles were the only candles to feed Collin’s soul.

Fortunately, Collin lived deep in the heart of Ohio Amish country, so he was never for want of beeswax candles. But not just any beeswax candle would do. After a blind taste test of samples gathered from 24 different Amish candlemakers within a 50-mile radius, Collin determined that the Yoder family on County Road 13 made the best candles he had ever tasted. Collin knew after his first bite of Sample #9 that this was the candle for him. The floral honey notes, he found, were exquisitely complimented by a fresh vegetal aftertaste, followed by a smoky finish that elevated the whole experience to something close to operatic.

And now, as Collin lights the single pinecone-shaped beeswax candle that tops the cake he baked for himself to mark his 70th birthday, he realizes that candles have consumed his life. He pauses for a moment to make a silent wish before blowing out the flame, then carefully lifts the candle to his lips, licks the frosting off the bottom, and bites into it as if it were an apple. Just like the first time he tasted the Yoder’s candle, Collin is moved to the point of singing. But in spite of years of candle wax coating his throat, his voice is as rough and grating as the rusty windmill that screeches its complaints against the slightest breeze. The windmill that looms over the family plot that holds the manicured graves of his parents. The family plot where one day—a day closer to him now than at any other time in his life—Collin’s wish may come true and he will miraculously saponify into a better version of himself that will burn brightly for a thousand years.

Kip Knott’s writing has recently appeared or is forthcoming in Drunk Monkeys, Eunoia Review, (mac)ro(mic), New World Writing, ONE ART, and Versification. Two new full-length poetry books are forthcoming in 2021: Clean Coal Burn (Kelsay Books) in June, and Hinterlands (Versification Publishing House), later in the year. More of his work may be accessed at kipknott.com