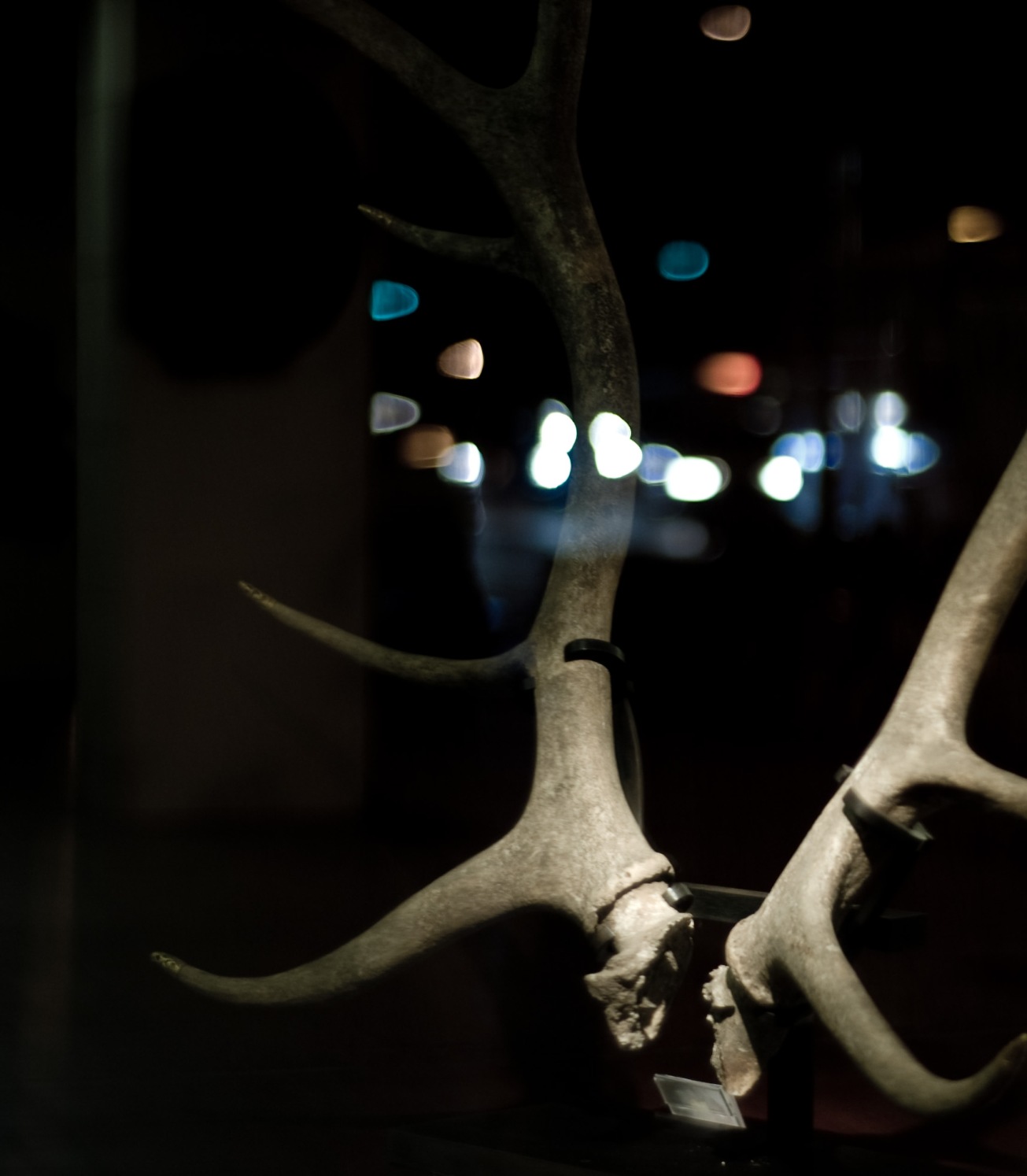 Fact: sleep deprivation can be used as a form of torture, bending perception until you offer whatever answers you must to escape, not dissimilar to the frantic bargaining of grief. I also read that you do sleep throughout the drought, quantum micro-slumbers keeping death at bay no matter how hard you try to beckon it in. My favorite fact, one I learned by experimentation: if you stay awake long enough you begin to hallucinate, badly. I tried every pill this year to outrun my nightmares, until monstrous ghostly stags began darting across the road on my morning commute and the sick irony of the situation hit me like a hoof to the windshield.

When I stopped the pills, the visions did not disappear. Instead, they clustered at the beginnings and ends of sleep, loitering in portals to the astral plane. In these doorframes, my body seized, each attempt at motion deepening the sickening swell of waves, guts dropping through the bed bottom in a slow-motion dive. I scrabbled in shadowy borderlands, pulse clanging like my body was full of echoing pipes instead of bones. Many sufferers of sleep paralysis hallucinate demon possession or alien abduction or succubae. The only presence I sensed was you, lurking just out of my sightline.

I became a student of lucid dreaming, the next-level seminar after sleep paralysis. If I could turn and catch your eye, I thought, I could control the storyline. I could disable your alarm, seduce you to stay. I could follow you out to your car in the damp May morning, sun slicing through fog from the valley, red maple buds crushed into steaming pavement. I could sit at your side and thumb the radio dial so you could keep both hands on the wheel. I could tell you that I wanted to take the long way to the airport. But beginnings and endings would scramble, usually to tangles of antlers and blooded asphalt. Once, I got you to the plane, only for it to go down over the Atlantic. Once, you were the stag, gutted on the median. Each night I would beg you to stay and each day I would wake to sweaty sheets, to dark alone.

By fall I was tired, wrung out with nightly loss. There was only one way to end a sleep paralysis episode reliably, I had read, and that was to stop fighting against the drowning, and let consciousness or dreams claim your body from liminal terror, on their own inscrutable timeline. When my mind snagged at the doorway that night I let go and slipped under the waters. I did not bargain and I did not grasp, and then you spoke, voice tender as shadow:

And for once I was happy to be struck still, as the sun cut through the blinds and you nestled behind me, soft arms encircling, your breath warming my frozen skin, until it was time to wake up.

S.E. Hartz (she/her) is a queer fiction writer and environmental scientist living in Brooklyn, New York. She has work forthcoming from small leaf press and can be found on Twitter as @unsilentspring.