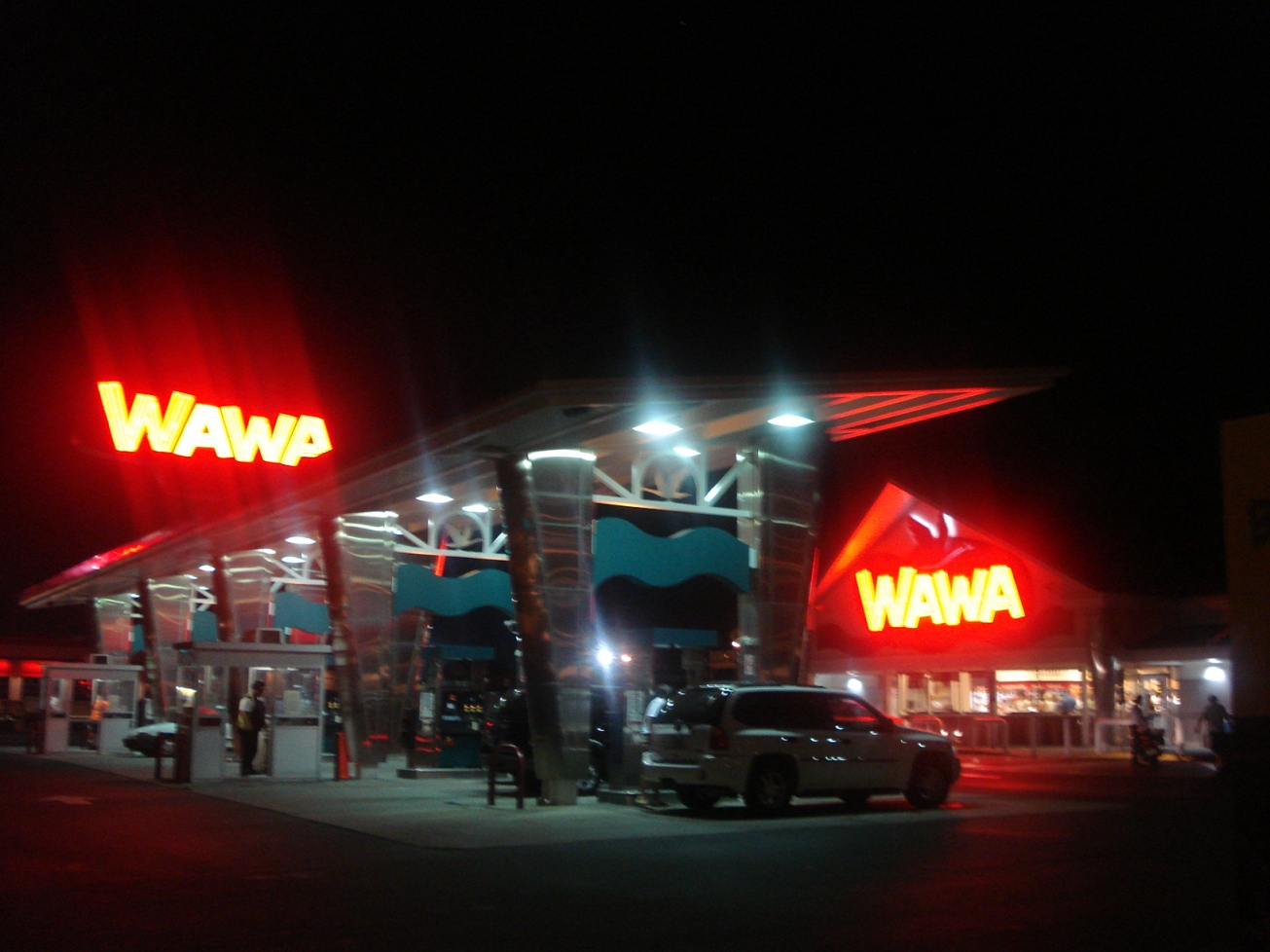 We were drunk at the Wawa, how embarrassing, but also exhilarating. You and I, fifteen, pinkie-sworn BFFs, wrists corded with neon bracelets, black chipped nail polish, maybe we had braces, I’ll never tell (again too embarrassing), but then you shot gunned a beer in the motor oil aisle. No one lives at the Wawa for free! you crowed. We crouched on youthful knees, giggling. You played spin the Vodka bottle with a Twix, a Butterfinger, my mouth. My mouth won. But you ate the Twix too.

The next time, we were pregnant at the Wawa. I peed on a stick I didn’t pay for. Two pink lines and then you were proudly claiming it as yours. We’d raise it up as witches, dance in the field, eat its afterbirth and name it Cowpoke. Later, when I crouched over a toilet bowl, letting it go, letting loose, losing it, you, next to me, released the controlled burn I had been holding in my throat.

And then there was that one time, really the best time, we found a deep-fried human hand at the Wawa. It was not fresh or built-to-order, it was built-to-build bile. Once I realized what it was, not a chicken wing, I drop-kicked it across the store. After the cops came, you overstayed your welcome, watching them take notes, complaining about the lack of fingerprints. The only time I saw you without a smile was when they confiscated your Cherry Coke, because, you know, evidence.

But then there was the time we became human bombs at the Wawa. You told me you were leaving our piddly Podunk town for bright lights. I tried to understand, tried to play it cool and casual because I was a community college kinda gal, but all I heard was that you were leaving for brighter lights than me. You gnawed on a Red Vine (stolen, I might add), wiggled your tan toes in your Birkenstocks and said we could have one last sleepover. I didn’t want to have one last sleepover I wanted to have all the sleepovers. I wanted to spin around you like the moon. Because you were mine and I was yours and then we kissed in the cereal aisle for the first time and neither of us said anything when the cleaning crew arrived. They were sweeping the floor around us just as you linked your pinkie finger to mine.

The last time at the Wawa, we see each other for the first time in 600 days. And it’s that sucker punch grand slam kind of kiss. We don’t even have to think about the years between us, we are the years between us: phone calls, emails, midnight texts, two boyfriends I hated, one girlfriend you ghosted, and I-love-yous we never trusted until now. We crash into each other like planets. My heart hammers so hard we vibrate. Your fingers, still stained from rolling fingerprints from nail-to-nail, cradle the cool curve of my cheekbone. I nip at your nose, inhale your beeswax lip-gloss. A truckdriver cracks a big bottle of Busch and gapes at us, his erection evident. We laugh, lean into each other, hair swirling around us, tangled, golden, alive, and you say, Come to California with me. There is no Wawa there, there is only us and a Piggly Wiggly, but I think we’ll be okay. I kiss your lips and I take your hand and I say okay. Because at the Wawa, we are always okay.

Jules Archer is the author of the chapbook, All the Ghosts We’ve Always Had (Thirty West Publishing, 2018) and the short story collection, Little Feasts (Thirty West Publishing, 2020). Her writing has appeared in various journals, including SmokeLong Quarterly, PANK, Okay Donkey, New World Writing, Maudlin House, and elsewhere. Her story “From the Slumbarave Hotel on Broadway” appeared in Best Microfiction 2020.

One thought on “At the Wawa by Jules Archer”