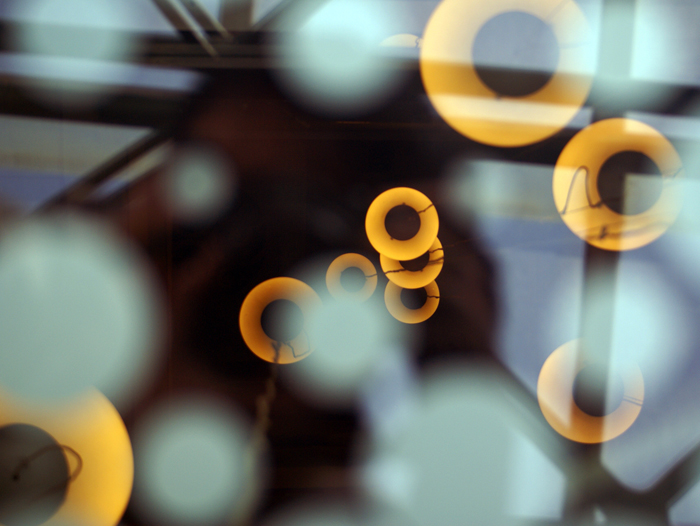 She keeps the postcard from Universal City, though she’s never been. Acquired at a flea market, the image of a towering man dressed as Frankenstein has been stuck on the fridge in every rental she’s had since she lost the baby in ‘98. In it, he’s tall as a tree and kudzu’d with five large children: one under each arm, two on either side tugging at his clothes and yet another wrapped around his calf. Only one child in the picture is doing what he’s told — pose, smile. She hates that one most.

The monster’s gray face and unkempt eyebrows let slip the madness of every suburban mother patched together since 1946. Frankenstein wants to turn this car around, send the children to bed without supper and throw back tequila shots all night. No training wheels.

To mother, she convinces herself looking at the souvenir of where-she-won’t-go, is to Dr. Frankenstein the fuck out of your life. Every time she makes eye contact with the weary beast she sees her own strained make-up, a village staged with happy foam houses, the sky above an unbelievable shade of blue.

How to cure a hangover

She presses brew, grabs a couple mugs from the cupboard and stiffens at the clash of keys which means Eddie is letting himself in. She doesn’t pivot from the Mr. Coffee but knows he’s balancing a beverage tray in one hand, choking the necks of two white paper bags with the other. She’s certain they contain twin bagel sandwiches and a pair of donuts from Cutie Pies, a name they loved to hate, a place they loved to love.

When he clears his throat, she faces the display: Eddie holding up their favorite weekend breakfast, smiling at his own slick fists like a toddler seeking praise. Instead of speaking, he tilts his head. Charm as punctuation. Gesture as ellipses. She doesn’t know she wants to smile back until she does.

Since she announced she wouldn’t move with him to Burlington, she hadn’t seen him at all and had avoided CP’s, the bakery nickname they used when they couldn’t stomach the whole thing. She understands the current offering to be more than Boston Creme and lox. He leaves it on the table and approaches, stands close, hands on the counter aside her hips, a familiar fencing, a lingering question.

One possible answer shuffles into the kitchen, half asleep and fully naked. The man she met last night rubs his face with one hand, scratches his balls with the other, casually bumping against an invitation she considers even as Eddie turns to see.

Frida’s 16-foot face floats on broad purple dahlias, big as clouds. The space below one ear painted around the fire alarm call box, a red earring to tug. Pull down in emergency, thinks Luc. Which is short for Lucy. Sounds like “loose.” It’s what she goes by, leading to the predictable jokes. Fuck those guys, anyway, she’s known to say. No woman gets by without being called a slut at some point.

This is Luc’s first date in two years, and she already feels unsure about bringing him here. She takes her usual seat at the bar, her back to Frida. To commune with the artist as much as she likes – to feel saved, as though by a bungee cord after a terrifying leap — she’s been through the entire menu several times. The guac. The Bad Ass Burrito. The Grim Reaper Chicharrones. Margarita, margarita, spicy margarita. Take a shot. Take a shot. Then what? The hard part. Waiting. Like early weeks at a new job working for nothing ahead of the thrill of the first paycheck. Only the opposite: thrill up front and then work.

When the date doesn’t show, Luc uses the paper strip that coupled her fork and knife to cinch a cocktail napkin and create a pair of wings. She’s folded dozens of butterfly-like offerings from this exact stool, knowing they tumble into the trash each time the bartender clears the setup.

Carolee is a writer and artist living in Upstate New York, where – after being first runner-up in a local, annual poetry competition – she has fun saying she has been the “almost” poet laureate of Smitty’s Tavern. She blogs sporadically at gooduniversenextdoor.com, has an MFA in poetry and works full-time as a writer in social media marketing.