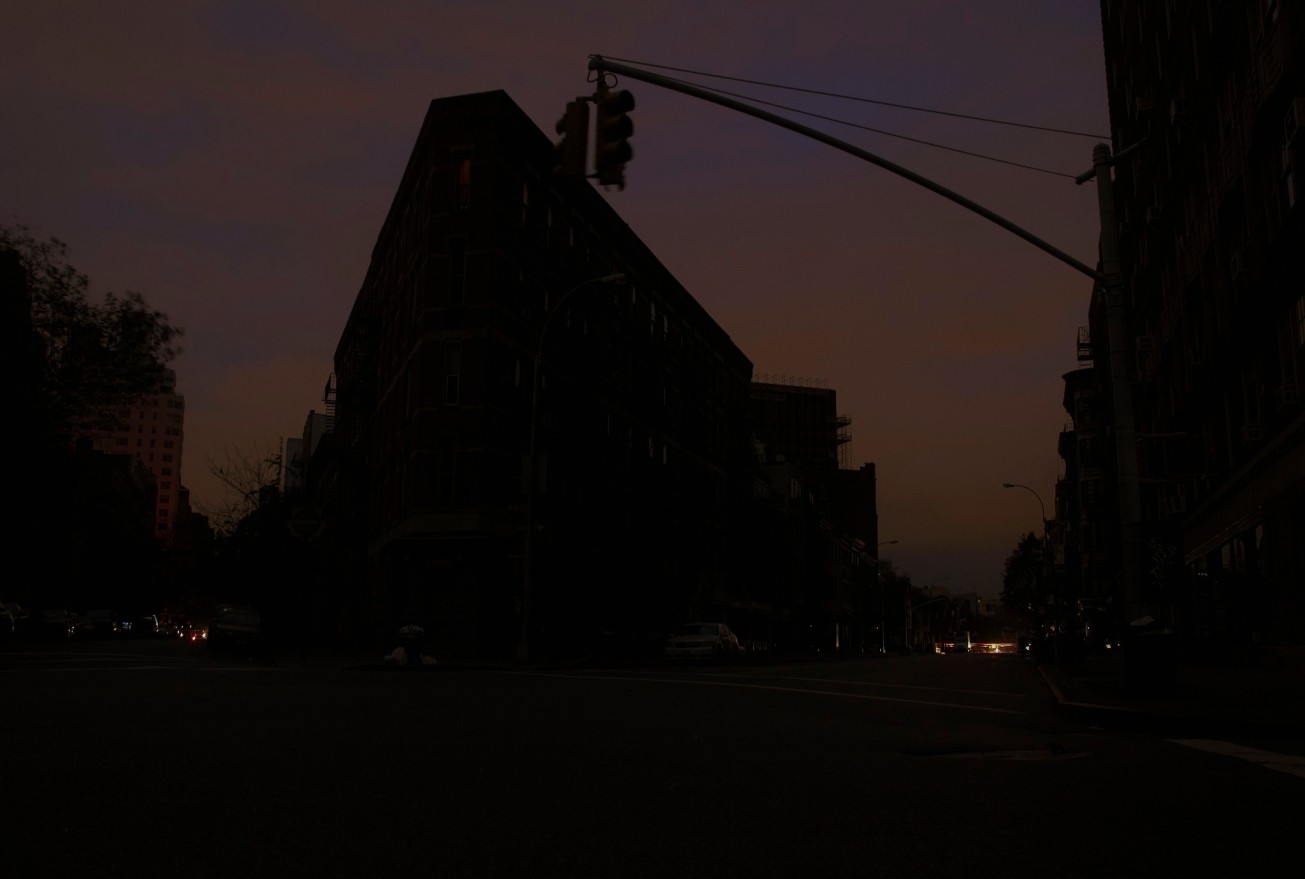 Watery light came through the small patch of window above her kitchen table, enough to guide Maribella to the now-silent fridge. She had not been aware that her fridge hummed until it stopped humming. She had not been aware how many sounds electricity makes until it stopped; a symphony of white noise. Her whole apartment was coated in silence, it rested thick on her tongue and mingled with the darkness to create a bitter taste.

Beads of sweat began to rise from her skin, joining together to form larger drops, tickling her back on their way down. The heat had immediately rushed in to replace the cool air of the AC, a power vacuum of temperature. She decided to eat the ice cream first in her mission to handle the defrosting food. Standing by the freezer, she took a brief moment to strategize. There were two pints, both Ben & Jerry’s, one Half-Baked and one Cherry Garcia, one her favorite and one Jackson’s. Both would melt before the power came back on, Maribella was sure. The New York Times alert had dispassionately informed her the blackout would last at least twenty-four hours. The message sat on top of the text from Jackson telling her he would be by tomorrow to get his stuff from her apartment. It was a notification tower of crappy news.

She opened the freezer door in a quick movement, scooping both pints into her arms as if cradling a lumpy, cold baby. She hugged the ice cream to her body for a moment, reveling in the splinters of ice working their way into her bones, before she set both pints down on the coffee table in front of her couch.

Half-Baked first. She dug the spoon into the mound of cream and sugar, struggling to excavate a bite of cookie dough. She let the first bite rest in her mouth, the cold numbing her tongue and the sweetness trickling down the back of her throat. She saved the cookie dough for last, only crashing her teeth down once the last of the ice cream had dissolved around it. She let out a sigh and relaxed farther into the coach, allowing the synthetic material to sponge up the accumulated sweat from her back and legs. A grim smile swept across her features. She was eating ice cream alone in the dark after a breakup. How cliche.

Each bite was progressively easier to scoop as the ice cream melted, and harder to eat as her stomach filled and her teeth ached. She tried to keep her mind blank, a meditative ice cream state. As her spoon scraped the bottom of the container, she turned her attention to the Cherry Garcia. Her stomach already hurt, and there was so much other food to get to in her fridge. There was leftover chicken from Monday’s dinner, parsley and cilantro wilting in their vegetable drawer, and chunks of cheese likely sweating in their saran wrap. There was so much food she would prefer to Jackson’s Cherry Garcia.

She dug her spoon in, the first taste overpoweringly sweet. It drowned out any remnants of the cookie dough, the cherry flooding through her system. The dark of the power outage closed in with each bite. She gagged as it slipped down her throat. She was suffocating. She kept going.

An image rose of the ice cream curdling in her stomach, the two pints fusing together with her stomach acid. The final inch of Cherry Garcia was now a liquid resembling diluted and chunky Pepto Bismol. Maribella abandoned the spoon, raising the container like a cup and pouring the remaining gunk into her waiting mouth.

She rested a hand on her protruding stomach but the slight pressure proved to be too much. She ran to the bathroom. She scooped her hair up in one hand and wrenched the toilet seat up with the other. For a moment, she tried to fight down the tide of vomit, swallowing and clamping her mouth shut. Her jaw shrieked from the pressure. The ice cream won the battle. His and hers came rushing up, a creamy half-digested torrent clawing its way out of her throat. Her body convulsed, squeezing out every drop of cherry and cookie dough.

Maribella sat in the dark of the bathroom, catching her breath and wiping a dribble of vomit from her chin. Her hand returned to her still distended stomach, cradling the baby bump beginning to form.

Victoria Dillman is a Canadian writer living in New York. She is an MFA candidate in Fiction at The New School and a Foreign Rights Associate at a literary agency. This story is her debut.

3 thoughts on “His and Hers by Victoria Dillman”