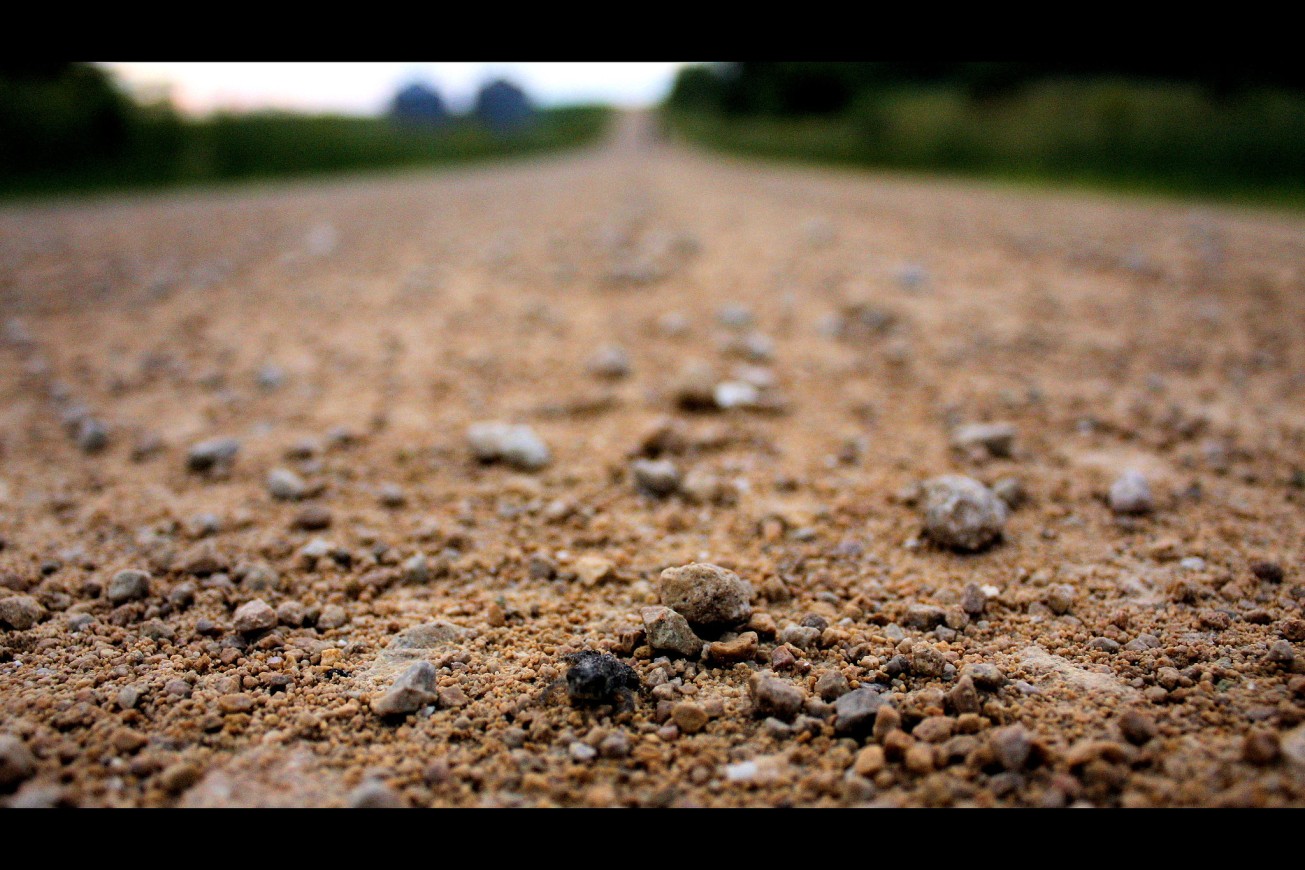 I don’t really remember why I started walking, I vaguely remember that it wasn’t really up to me in the beginning though. One feeble step at a time, getting the hang of it, and then just not stopping no matter what.

The first few miles felt like they were on solid ground. A sturdy road newly paved with greenery surrounding it. A light breeze and the birds singing. I was hopeful.

It’s at mile 6 things started to go awry. Smooth pavement turned into rough gravel. It was jarring because up until that very second there was no buildup to the change, not that I could see anyway. Now the breeze had turned into a slight rain and the birds had morphed into vultures.

The next few miles were spent trying to protect myself from these ghastly, vicious creatures.

At mile 9 I halfway remember a church. At first I found comfort seeing it on the horizon. The gravel slowly evened out, not as smooth as it was before but better than the jagged rocks for sure.

The hope I held in my heart though quickly faded as I grew closer to the building. There were dozens of those vultures just lurking in the shadows, waiting for me to trip and fall so they could devour what was left of me off of the pavement.

I kept my head down and quickly made my way past it.

At mile 13 I began to get a bit thirsty. The rain water was now gathered at my feet, flooded around me, but I had learned to ignore the downpour and not really let that affect me. A bottle rolled out from the dense trees along this portion of the path and I drank it. After that was through another rolled out. Then another.

I figured as long as they were being handed to me I might as well take advantage of my situation, and eventually lost my clear memory of mile 14.

I don’t remember exact detail, but I do remember a man was responsible for the drinks rolling my way. He wanted me to thank him, I did so he would leave me alone and at mile 15 I was in a completely new location.

Instead of the dense woods and clear skies, now there were tall buildings and intimidating trailers lining my path. A few of the trailers smelled just god awful and the people inside tried to lure me off of the road, but I kept my head down and kept moving. After mile 14 I didn’t want any company on my journey for quite a while.

So I walked alone. People would flutter in and out of my life without any real significance but eventually would always leave me to find their own path, and that was okay. It never hurt any less though.

At mile 16 I met a girl that stuck by me though. She was funny and sweet and held my hand as I told her about the walk so far. She too didn’t understand why she was walking, but we agreed to keep going together and to keep each other safe.

At mile 18 the girl had found her own way, a path I couldn’t walk with her but that was okay. No matter how far away we strayed from one another, we both knew we would be there in an instant should the other one need help.

I found a new walking partner that was honestly straight up garbage. He slowed me down, dragged behind, and somehow always managed to make it seem like I was the one that was the problem.

But having him to talk to was better than being on my own, so I endured for almost four miles until I came to my senses.

I was getting sick and tired of the walking partners slowing me down. There was a heavy storm that almost stopped me completely, but somehow I kept going.

Through the rain and the thunder and the lightning, I saw someone standing just above the hill I was on. Someone I had never seen before. He waved to me and I invited him to join me for a while, unsure of how long he would stay.

I told him of my journey and he told me about his. We laughed at the good stuff and held each other through the bad.

At mile 24 he was still there. I had gotten used to his company and he didn’t seem like he was wandering off anytime soon, so we kept going. It was at this point that I realized people had begun to watch us walk. They cheered us on when we needed it and even when we didn’t. 4,000 unfamiliar faces that actually cared about how far we would manage to go.

Now at mile 25 I am tired, bruised, scarred, and in pain almost daily, but it’s been more than worth it.

Every day a different wound seems to heal itself a little more, and for the first time I feel like I’m the one choosing to keep going.

I want to keep walking and see just how long it’ll take to get back to smooth pavement. I’m already seeing the progress, and the birds have begun to sing again.

Harmony Dimmig is a 25-year-old artist, musician, activist, writer, and cat mom living in Winston-Salem, NC. When she isn’t creating, she’s spending time with her cats, with her partner, or encouraging others to follow their own creative dreams.