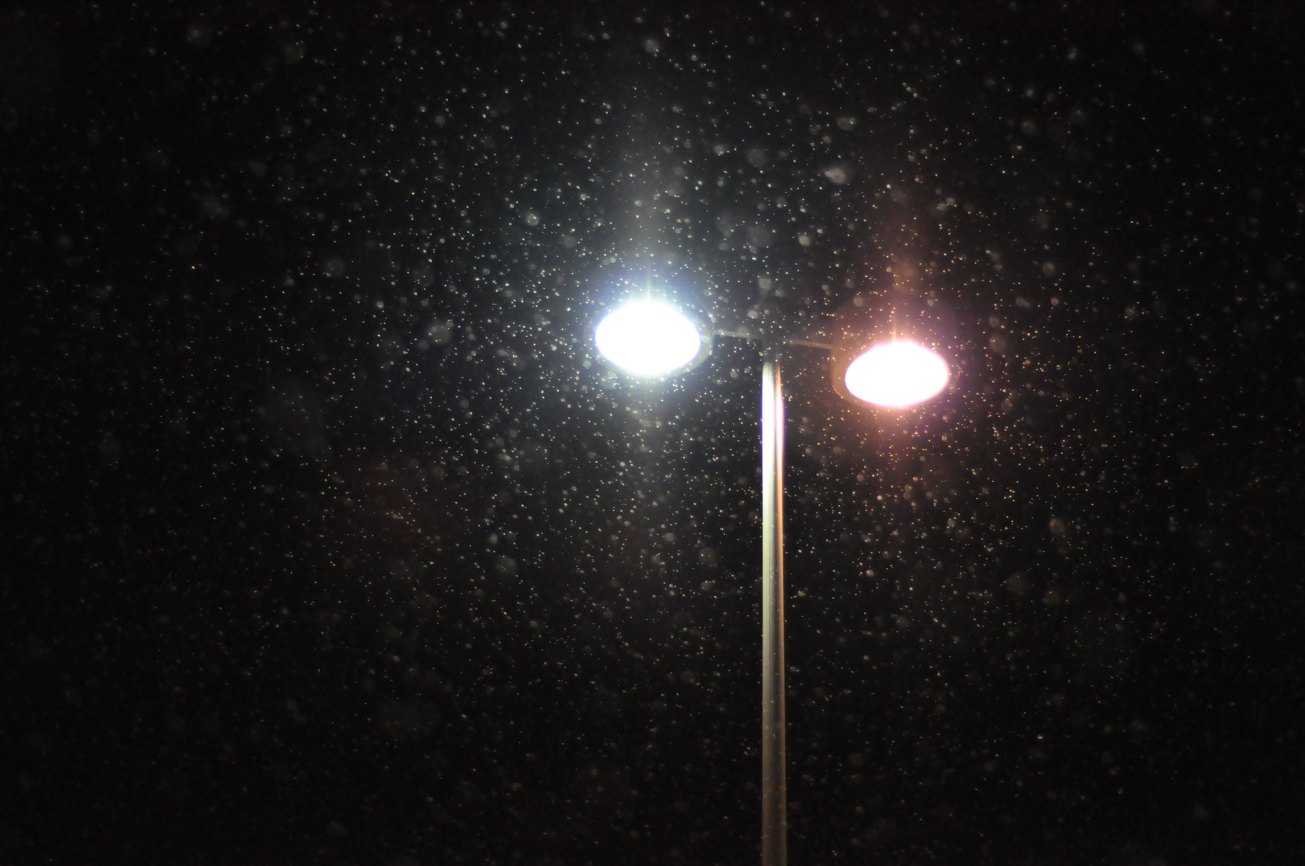 Start at the very beginning. Write what you know. That was the only advice Natalie’s professor offered her when they met yesterday to discuss her term paper. It had been snowing all day long; white showers had piled up, covering every possible surface. Some people were happy, some people were worried, and some people did not seem to mind at all.

Earlier that day, pedaling her way through the snow, Natalie told herself, “Snow is a chance to be reborn.” She smiled as she repeated that sentence over and over, whispering it to herself. The path was completely empty—no one saw her, no one heard her—she might as well have faded in the distance, wearing her oversized beige coat.

Snow has always been a mystery to her. Back home she never experienced it with such intensity and with such pleasure. “Mother Russia” has a different outlook on winter—when it’s cold, it’s c-o-l-d and it stays that way for a very long time. But here, in upstate New York, seasons change, colors appear and disappear. There is movement. There is progress. There is hope.

“What’s that song that’s stuck in my head?” Mickey asked as they were walking back to the dorms that afternoon.

“How should I know? It’s in your head.” Natalie laughed.

“In my head, are you sure?” Mickey replied, jokingly.

“I’m surprised myself. I thought there was nothing there at all,” Natalie said, “or at least no room for songs of any kind.”

“Yes,” Mickey said, “only numbers and formulas and facts about cold fusion and its devastating effects, and reasons that countries go to war.”

“Don’t remind me,” Natalie sighed. “I need to write a paper about that.”

“About the song?” Mickey asked as he kicked off a pile of snow.

“No, silly. About policies, causes and effects, casualties, rights…” Natalie explained. “And I’m so frustrated, I don’t know where to begin.”

“What’s the problem? You have the perfect example,” he said.

“Russia?” She stared at him. “Why does everyone expect me to write about that? I barely know what happened back then.”

“You can always research and find out.” He kicked another pile of snow.

“I’m not sure I want to,” Natalie replied. “Why are you kicking the snow?”

“I hate snow. In my hometown it was always gray and muddy,” he said.

“But it’s beautiful up here.” She pointed at the streetlight that illuminated the falling snow in the waning afternoon light. The flurries seemed present and enchanting.

Mickey looked up and began reciting, “Shooting light coming out of your eyes…la la la… No, that’s not it.”

“Why are we friends?” Natalie teased him.

“Because you love my American accent,” Mickey replied.

“It’s growing on me.” Mickey laughed and a puffy cloud of fresh breath surrounded his face. “It’s so cold tonight.”

“It’s not cold until you can’t feel your toes,” Natalie claimed and smiled to herself. It was what her grandmother used to say whenever she heard someone complain about the Russian winter.

“Well, I can’t feel my nose. That’s a start.” He rubbed his hands together and covered his nose.

Start. Hearing that word again ran shivers through Natalie’s body. She was tired. She wanted to lie down in a warm bed, close her eyes, and be gone for a while. She wanted someone to miss her. She wanted someone to dream of her. Maybe Mickey…maybe home…but where is her home now? And how will she ever find it when she doesn’t even know…how to shovel her way through the snow and kick off the white blanket?

“La la la la la, dream a little dream of me…that’s it, right?” Mickey said, excited. “They were playing it last weekend in the cafeteria. I remember it now. You were there, staring into space like you do sometimes…and then we sat down to eat.”

“Why don’t I remember that?” Natalie wondered as they crossed the road.

“Yes, yes…you went on and on about how war is never a solution, how it is a symptom of power and how statesmen conduct it poorly while attempting to gain an edge,” Mickey continued.

“I said all that?” Natalie was surprised. “Maybe it was a dream.”

“Then it was absolutely a dream.” She blushed. “I never kissed you.”

“But you wanted to.” Mickey smiled.

“In the dream? In the paper?” Natalie said, confused.

“It’s not cold until you can’t feel your toes.” He raised both of his arms. “Hey, you said it, not me.” Mickey’s brown eyes glistened under the streetlight.

“Okay, maybe you’re right…” he said as they continued walking. “Maybe it’s not a good idea…the cold war and all, east and west…too much tension.”

“For the paper, you mean?” Natalie asked.

“Weather mix… I think I’m beginning to understand,” Natalie said as they reached their dorms. “With every step you take in the snow.”

“Exactly! You always read my mind.” She unlocked the front door, and they both stepped in.

An end can be a beginning, she then thought. A start of something you want but can’t quite articulate into words. A light that shines at the right moment as snow covers up the street.

Orit Yeret is a writer, artist and teacher. Born and raised in Israel, she currently lives in the U.S.
Her work recently appeared in The Borfski Press, Ink Pantry, Drunk Monkeys, Crack the Spine, Blue Lake Review, Steam Ticket and Evening Street Review, and is forthcoming in The Magnolia Review. Read and view more of her work at http://www.orityeret.com